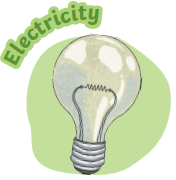 Currently, less than 30% of the electricity created worldwide is made from renewable sources. This means that the majority of energy still comes from fossil fuels like coal and natural gas but it is estimated that there will be none left by 2060. 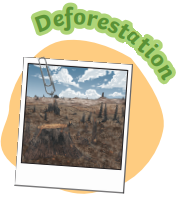 The number of humans on Earth continues to rise so more and more land is continually needed for producing the food we need to survive. Growing or rearing food takes a lot of space and this is leading to rapid deforestation. It is thought that humans cut down 1.3 million square kilometres of forest between 1990 and 2016. Not only have many rare types of plants and animals become extinct, supplies of clean water to some countries have been seriously affected. 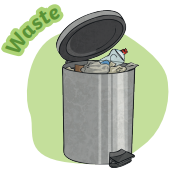 With so many people living on Earth, a huge amount of waste is produced every day. Despite up to 75% of waste being recyclable, only around 30% of it is actually recycled. Waste items that are not recycled go to landfill, where they can remain forever.